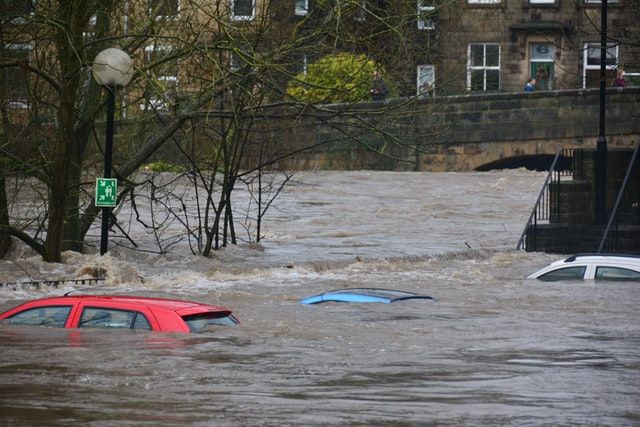 Climate change is affecting the lives of millions of people in many ways. It poses a large threat to public health, in general, as the rising temperatures and side effects of climate change negatively affect people’s health.

This article has NPHIC’s take on how climate change is affecting public health.

Climate change is affecting many social and environmental determinants of health. The rise in temperatures across the globe affects elements from the air we breathe to the water we drink and the food that we eat. All of these things are foundational elements of life, which cannot afford to be negatively affected by climate change.

Climate change also contributes to the rise of infectious diseases, most significantly in countries stricken with poverty. According to recent studies, floods, heat waves, and droughts have caused significant rises (~58%) in diseases such as malaria, hantavirus, cholera, and anthrax.

These studies looked at how and why people are getting sicker from climate-related changes and found that, due to the floods that transmit disease-carrying insects and animals, in combination with the warming of the waters containing fish that people eat, many of these people fall victim to their immediate, environmental surroundings and are becoming sicker with these serious infectious diseases.

This study also examined non-infectious diseases, including asthma and allergies, and found that many of these conditions were also worsened by climate change's effects. Because climate change shifts the precipitation patterns, there is consequently less rain, less snow, and more carbon dioxide in the atmosphere as a result. This can affect when pollen season begins, how long it lasts, how much pollen is in the air, and the risk of experiencing allergy-related symptoms.

While, for many, allergies may be a minor inconvenience, especially when compared to the infectious diseases noted above, many people have more severe immune responses to allergies that affect their day-to-day functionality.

A third public health consequence of climate change is simply the risk of injury it poses to people who experience these events. Individuals in developing countries are at a much higher risk of being injured and/or killed from a climate-related event (such as a flood or a severe heat wave) than people who have proper shelter and accommodations.

A fourth public health consequence of climate change is how it can affect food security. This is a major issue, as climate change threatens both food production and food quality for millions of people. Because crop yield declines with the temperature changes, as well as the severe weather events that take place and affect these crops, prices of food will rise, and there will be less inventory.

While Americans are less impacted by this than those in developing countries, this has notable consequences for many Americans. Americans are at risk of food insecurity due to rising costs of goods, and the health of Americans is at risk due to the nutrient-poor foods that individuals will turn to out of necessity.

In addition, for those who can still purchase otherwise nutrient-dense foods, the overall nutritional quality of food items will also decline due to the elevated carbon dioxide in the atmosphere. There will be less nitrogen in plant crops, making some crops such as barley and soy lower in protein content as well as in overall vitamin content due to less nitrogen availability in the soil.

The Office of Climate Change and Health Equity

The very serious consequences of climate change on public health noted above are only the tip of the iceberg. A week after taking office, President Biden signed the Office of Climate Change and Health Equity Act under the Department of Health and Human Services, which is meant to address climate change and many of these issues. Nearly a year later, Congress has not provided any funding for this act – meaning that, although it is operating, it is doing so without any full-time staff as an unfunded office.